Earlier this year we organised Spotlight Awards for Photographic Excellence and received thousands of submissions from photographers all across the globe. Our judges had a tough task to pick only one winner per category and they have voted for Todd Antony‘s ‘Dakotora’ shot in People & Lifestyle Category.

Read the interview with Todd to learn the story behind the winning image and his photography. 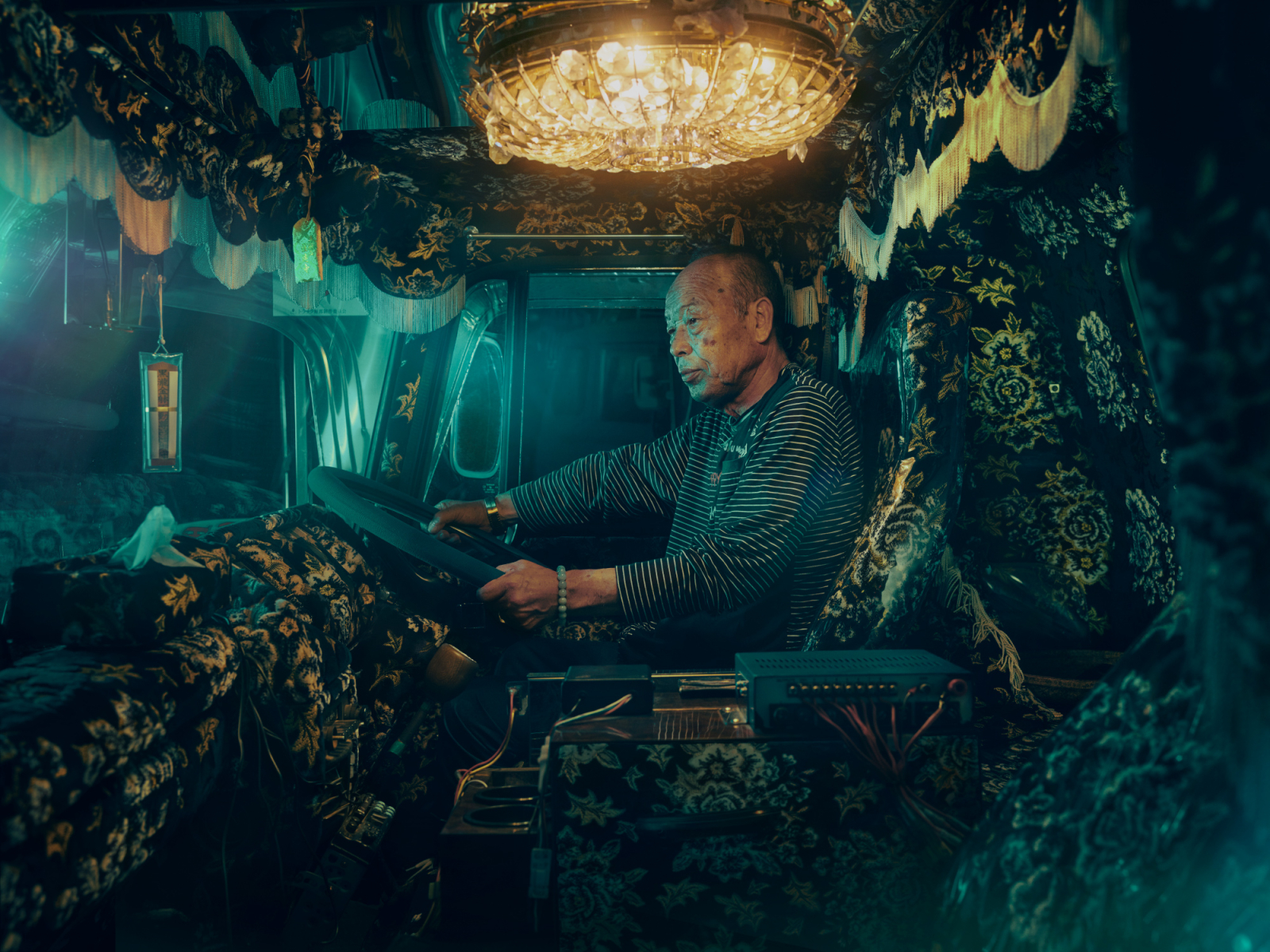 Todd Antony: I try to undertake a personal project every year in whatever gap my commercial shooting schedule allows. For the last few years, this personal work has been focused on shooting various subcultures around the world. This started back in around 2013 when I shot my series ‘Sun City Poms’ and has evolved from there.

For this series I actually approached from a slightly different angle than usualy and decided I wanted to shoot in Japan as a location for my starting point for research, as there is a wealth of different subcultures over there. From there it wasn’t long before I came across Dekotora and I instantly knew that I had to shoot it. From there it was a case of working out how I wanted to portray the drivers and the narrative I wanted to get across. These Dekotora drivers have a relationship with their trucks in an abstract way. So I wanted to show that, and the human side of the truckers as well. Visually, movies like Nicolas Winding Refn’s ‘Drive’ and ‘Only God Forgives’ provided a lot of inspiration, as well as the fairly obvious Blade Runner.
This project had a few challenging aspects that were unique to a lot of my previous shoots. Obviously, with shooting in Japan there was the language issue, as well as the culture over there being very different to work in. There’s a distinctly different way you need to approach things over there. Despite having learned Japanese at school, I’d basically forgotten 95% of it, which wasn’t overly helpful. Luckily one of my main assistants speaks fluent Japanese, so he was a must have in my ‘equipment list’ so to speak. I also hired a local producer to help me with the pre-production of the shoot, contacting various people to help organise everything in advance. And then she was also with us on the shoot to help further with logistics, language, and most importantly she had already laid the groundwork by meeting a couple of the key figures in the series prior to our arrival in Japan. The heat was also played a large and unwelcome part in the shoot. There was a typhoon off the coast of Japan, so the temperature was in the high 30’s and nearly 100% humidity. We spent the best part of a day inside a shed that was housing one of the trucks, and the temperature was well into the 40’s. It was like shooting in a sauna for 10 hours.

Todd Antony: That’s a tricky one as my commercial work covers a lot of different genres. But I guess stylised realism might be one way to describe it. I like to make sure an image is carefully constructed and thought through, and I pay a lot of attention to the colour grade running through them. But I also like to make sure that where possible, it all stays grounded in reality so that it doesn’t disengage the viewer from what they are seeing.

Todd Antony: I first started taking photos when I was around 13. My dad brought home a Canon EOS650 from his office one day, and I started shooting pretty much anything and everything in sight. From there I started taking it at high school in New Zealand a few years later before moving on to University for a year. I took a slightly unusual detour for a few years, working as a photographer on cruise ships, where I got to travel the world and take photos at the same time. I returned to NZ eventually and began assisting an advertising photographer called Chris Lewis there who became a real mentor and friend to me. His input to my career was incalculable.

The sort of personal work I shoot now all stemmed from a personal project I shot a few years ago on the Sun City Poms, in Arizona. One night while travelling the US shooting landscapes, I stopped off later at night in a place called Sun City. I jumped online to find out where in the world I actually was and came across the Sun City Poms. I didn’t shoot them while I was there, but rather got in touch with them and returned a couple of years later to shoot the series on them.

I shot a great campaign for Finlandia Vodka a couple of years after that, that had us travelling around the world shooting ordinary people who lead extraordinary lives. A gay drag queen lucha libre wrestler in El Paso, all the way through to a man who lives with Grizzly Bears in Lapland. I’ve never come off a commercial project feeling quite as fulfilled on an emotional level as I did in that job. From that point on, I knew that I wanted to concentrate my personal work on people like that and subcultures.

Todd Antony: Asides from obviously knowing your way around the technical side of things and being creative, you need to be very determined, good with people, and maybe a little side order of obsessed helps too. If it’s something you love doing then you’ll throw yourself into it and it’ll show in your work over time. I don’t think its an industry where your heart can be half in and half out and still expect to be successful once it all comes out in the wash.

Todd Antony: The last few months I’ve been prepping to shoot a short film on the Sun City Poms. To go alongside the personal stills project I shot of them a few years ago over in Sun City, Arizona. The major stumbling block at the moment is finding a big enough gap of time in my schedule and the crew over in the US that match up together. Other than that I’ve also been prepping a new personal shoot on Reindeer Racers up in Lapland, which I’ll be shooting toward the end of January all going well.

Production Paradise: The Spotlight awards had a judge’s panel composed of potential clients for commercial photographers – did that influence your choice of image(s) selected for your entry? What made you participate in general?

Todd Antony: It definitely played a part in my reasons for entering overall, but not in the choice of images themselves. That was based purely on the fact that my Dekotora series is something I’m really happy with the final result of, and I want to try and get as much exposure for as a result.

We thank Todd for taking the time to share his story. You can find more of Todd’s work on his personal website or his profile on Production Paradise.